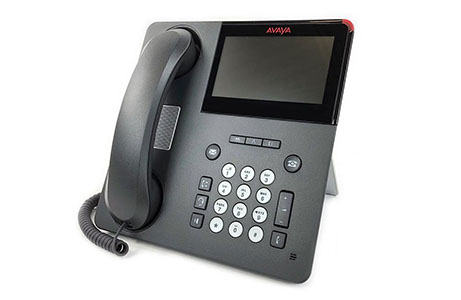 The Avaya 9641GS IP phone is a multi-line premium deskphone ideally suited for people who spend considerable amounts of time on the phone and who rely on intelligent communications and productivity enhancing capabilities.

The Avaya 9641GS has a 5.0 inch capacitive TFT screen as compared to the 4.7 inch resistive TFT screen on the 9641G.  Thus, it provides a higher touch sensitivity, and a brighter and sharper look.  The 9641GS also provides an Ethernet link and activity LED for the network port, located on the back panel of the phone.